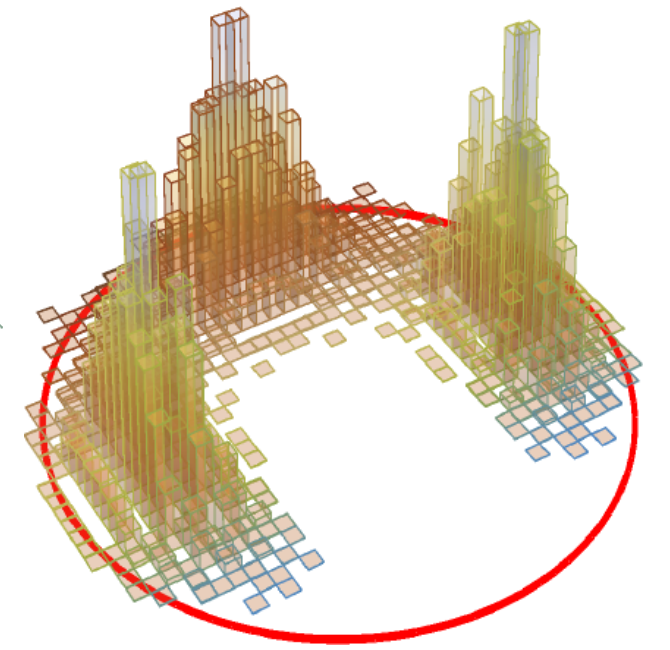 Many particle systems may exhibit interesting properties depending on the interaction between their constituents. Among them, it is possible to find situations where highly ordered microscopic structures may emerge from these interactions. The central problem to identify the mechanisms which activate the ordered particle arrangements has been the subject matter of theoretical and experimental studies. In the past decades, it was rigorously proved that systems in two dimensions with sufficiently short-range interactions and continuous degrees of freedom do not have long-range order. In contrast, numerical studies of systems featuring lack of positional order in two dimensions showed evidence of phase transitions. This apparent contradiction was explained by the Kosterlitz-Thouless (KT)-transition for the XY -model showing that transitions may take place in positional isotropic bidimensional systems if they still have quasi-long range (QLR) order. Such QLR order associated to the orientational order of the system, is lost when topological defects activated by thermal fluctuations begin to unbind in pairs producing a transition. On the other hand, two-dimensional systems with positional order at vanishing temperature may show a melting scenario including three phases solid/hexatic/fluid with transitions driven by a unbinding mechanism of topological defects according to the Kosterlitz-Thouless-Halperin-Nelson-Young (KTHNY)-theory.

This work is focused on the study of the two dimensional one component plasma 2dOCP a system of N identical punctual charges interacting with an electric potential in a two-dimensional surface with neutralizing background. The system is a crystal at vanishing temperature and it melts at sufficiently high temperature. If the interaction potential is logarithmic, then the system on the flat plane and the sphere is exactly solvable at a special temperature located at the fluid phase. We use analytical approaches to compute exactly thermodynamic variables and structural properties which enables to study the crossover behaviour from a disordered phases to crystals for small systems finding interesting connections with the Ginibre Ensemble of the random matrix theory.

We perform numerical Monte Carlo simulations of the 2dOCP with inverse power law interactions and periodic boundary conditions finding a hexatic phase for sufficiently large systems. It is found a weakly first order transition for the hexatic/fluid transition by using finite size analysis and the multi-histogram method.
Finally, a statistical analysis of clusters of defects during melting confirms in a detailed way the predictions of the KTHNY-theory but also provides alternatives to detect transitions in two-dimensional systems.