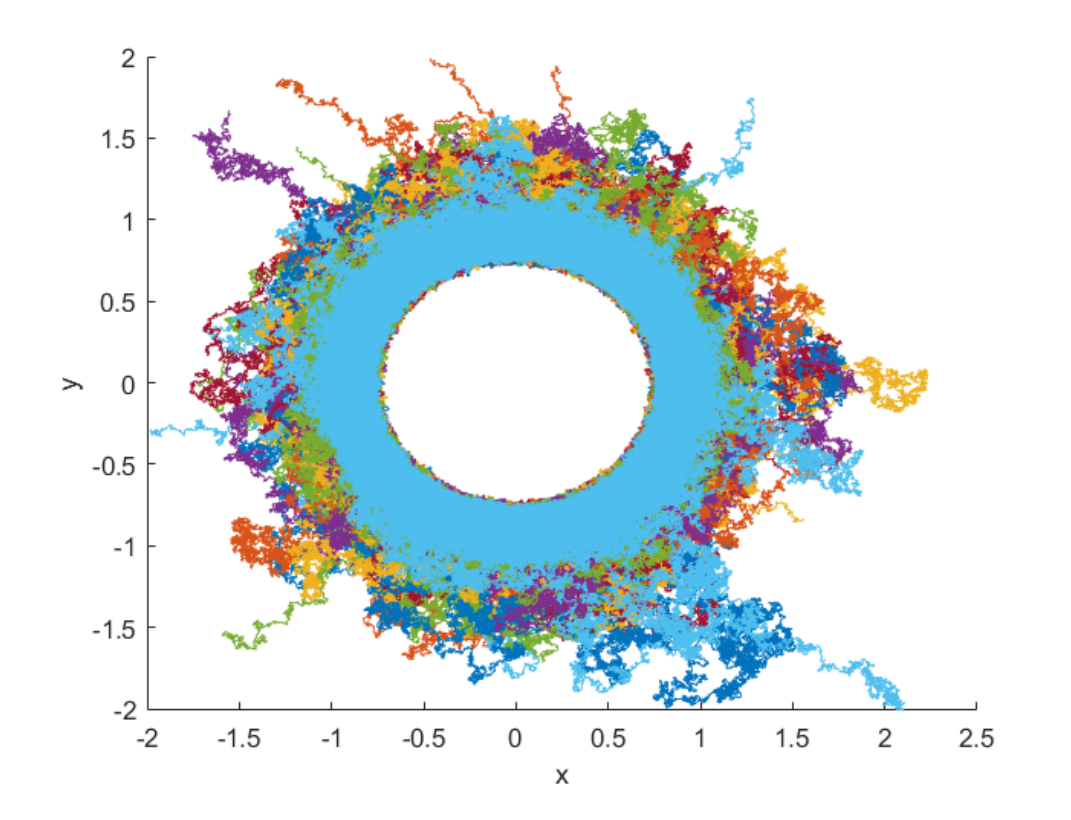 This project presents a dynamical analysis of a configuration between a disk and charged particles. Using Langevin equation we observe the behavior of said configuration before and on equilibrium. For the case of one particle, we find that the when the electric force between the disk and the charged particle is small, the system grows exponentially with no signs of reaching equilibrium; on the other hand, when this force is greater, we find that the density distribution in equilibrium follows the distribution reported in literature. For more charges surrounding the disk, we find a similar behavior in the weak coupling limit to the one found in one particle. However we also find a case where some charges escape the disk, the intermediate coupling limit, and all stay surrounding the disk, the strong coupling limit. Both of this cases follow a distribution reported in literature.