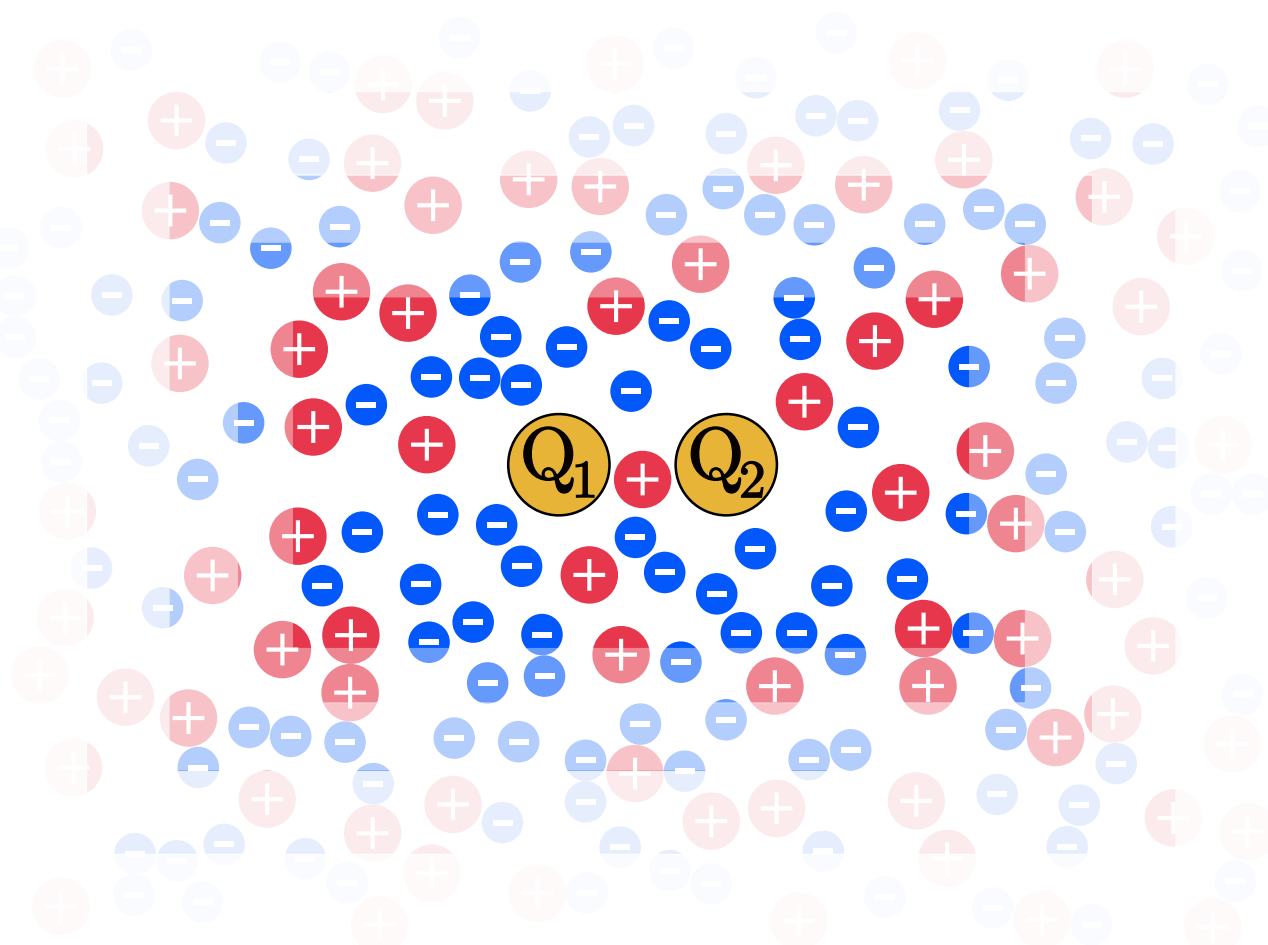 Coulomb systems in one and two dimensions: exact results

Soft matter often features charged units. These charges interact through Coulomb forces, the treatment of which is difficult due to their long-range nature. This thesis gives results for three manybody systems where every long-range interaction is included, without approximations.

In Chapter 1, we report exact results for a one dimensional electroneutral salt-free suspension made of two fixed colloids and N neutralizing mobile counterions, with dielectric jumps at the colloids’ position. This includes the partition function, density profile and pressure. Moreover, the known relation between the contact density and pressure when counterions are confined between the colloids is generalized to the permeable situation. We find that for any N counterions system there may be like-charge attraction, unlike when the dielectric is homogeneous in which case N must be even. In the limit N → ∞ at fixed colloid’s charge, the mean-field (i.e. Poisson-Boltzmann equation) prediction is recovered.

In Chapter 2, we consider the previous system out of equilibrium within a homogeneous dielectric space, as a model for the dynamics of two electrical double layers. Using a combination of exact calculations where possible and Brownian dynamics simulations, we compute the relaxation time towards equilibrium (τ ). The parity of N is determinant for the relaxation dynamics: when odd, the two double-layers never decouple, irrespective of their separation L; this is the regime of like-charge attraction, where τ exhibits a diffusive scaling in L 2 for large L. Contrarily, for even N, the relevant length scale is the Bjerrum length instead of L. This leads to distinctly different dynamics: for N even, thermal effects are detrimental to relaxation, increasing τ , while they accelerate relaxation for N odd. We also show the dynamical mean-field theory (i.e. Poisson-Nernst-Planck equation) is recovered for large N, remaining operational down to a few counterions (N > 3).