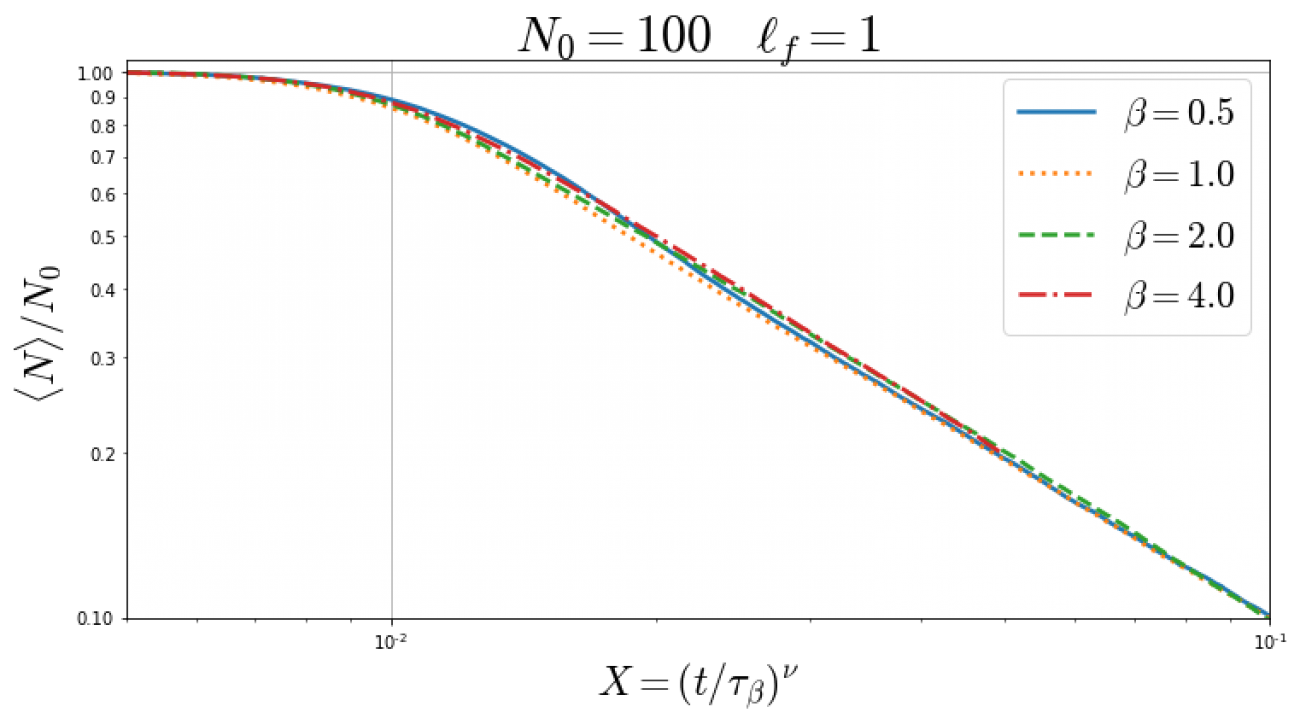 In this research program we propose to study dynamic aspects of the statistical physics of various systems of many particles with long-range interactions. In systems with long-range interactions, such as charged particle systems, these interactions cause each particle to be strongly correlated with all the others, even those that are at great distances. This generally complicates their study and can lead to discovering interesting properties that do not occur in systems with short-range interactions. As a prototype of these systems, we will study two models in particular: a charge fusion model and an electric double layer formation model.

The charge fusion model consists of a system of charged particles that move in a circular domain and have a long-range repulsive force between them. To complement the dynamics, the particles are also subjected to thermal agitation characterized by a random force. If two particles get close enough they have the possibility of merging forming a single charged particle composed of the originals. Due to these melting events, the system will constantly remain out of equilibrium as the number of particles decreases over time. In this system it is of interest to study the evolution of the number of particles and their fluctuations. Typically a scale law can be expected for particle density as a function of time with an exponent to be determined.

For the study of the formation of an electrical double layer, we propose to return to a simple one-dimensional model of which we have studied its properties in thermal equilibrium in previous works. The model consists of two charged “colloidal” particles separated by a distance L and neutralized with N moving particles of opposite sign. To study the out-of-equilibrium aspects, an overdamped Brownian dynamics is proposed for mobile charges and it is proposed to study how, from an arbitrary initial configuration, the system relaxes towards equilibrium. Among other quantities of interest to be determined is the relaxation time towards equilibrium and how it depends on the separation L and the number of mobile particles N.