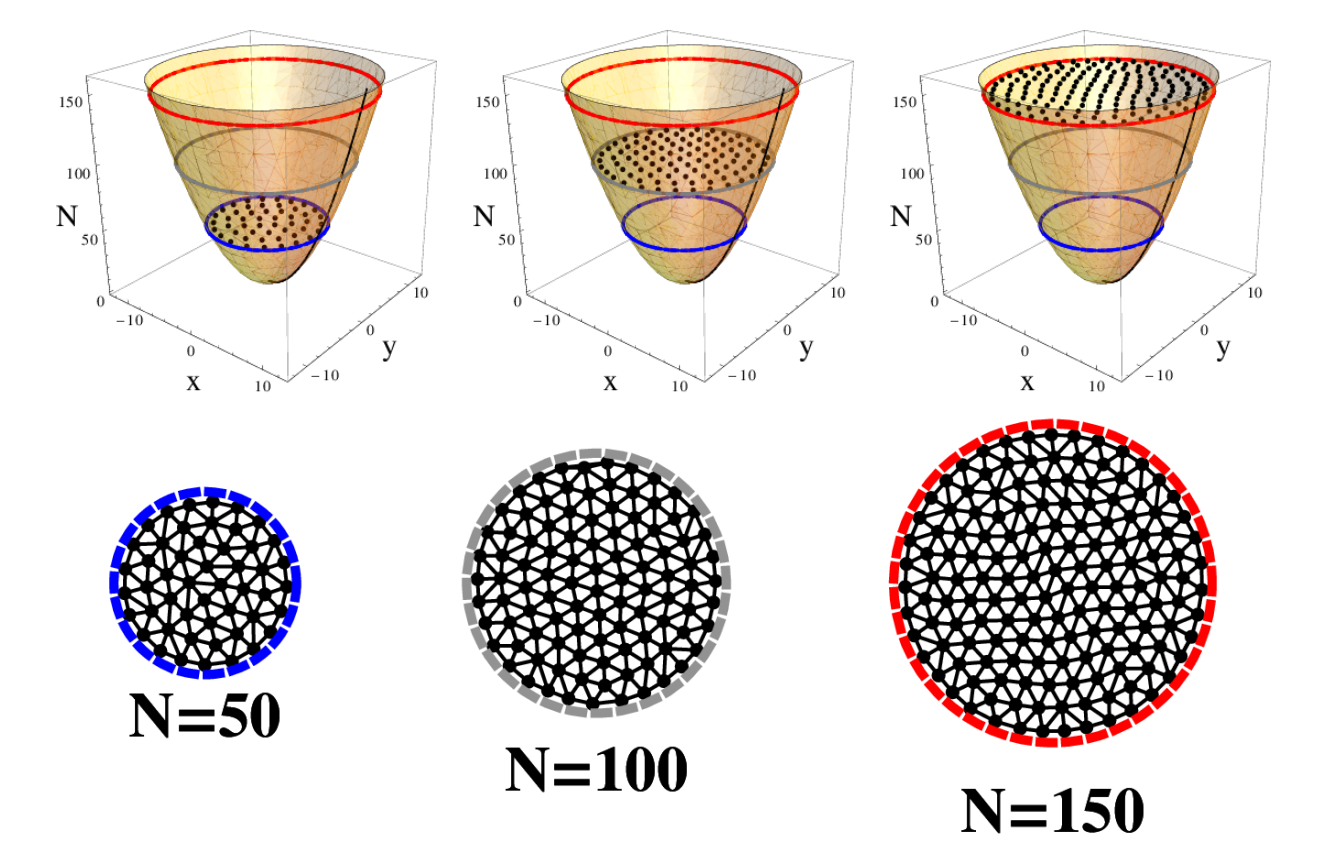 Using the approach of a Vandermonde determinant to the power Γ=Q2/kBT expansion on monomial functions, a way to find the excess energy Uexc of the two-dimensional one-component plasma (2DOCP) on hard and soft disks (or a Dyson gas) for odd values of Γ/2 is provided. At Γ=2, the present study not only corroborates the result for the particle-particle energy contribution of the Dyson gas found by Shakirov [Shakirov, Phys. Lett. A 375, 984 (2011)] by using an alternative approach, but also provides the exact N-finite expansion of the excess energy of the 2DOCP on the hard disk. The excess energy is fitted to the ansatz of the form Uexc=K1N+K2√N+K3+K4/N+O(1/N2) to study the finite-size correction, with Ki coefficients and N the number of particles. In particular, the bulk term of the excess energy is in agreement with the well known result of Jancovici for the hard disk in the thermodynamic limit [Jancovici, Phys. Rev. Lett. 46, 386 (1981)]. Finally, an expression is found for the pair correlation function which still keeps a link with the random matrix theory via the kernel in the Ginibre ensemble [Ginibre, J. Math. Phys. 6, 440 (1965)] for odd values of Γ/2. A comparison between the analytical two-body density function and histograms obtained with Monte Carlo simulations for small systems and Γ=2,6,10,… shows that the approach described in this paper may be used to study analytically the crossover behavior from systems in the fluid phase to small crystals.