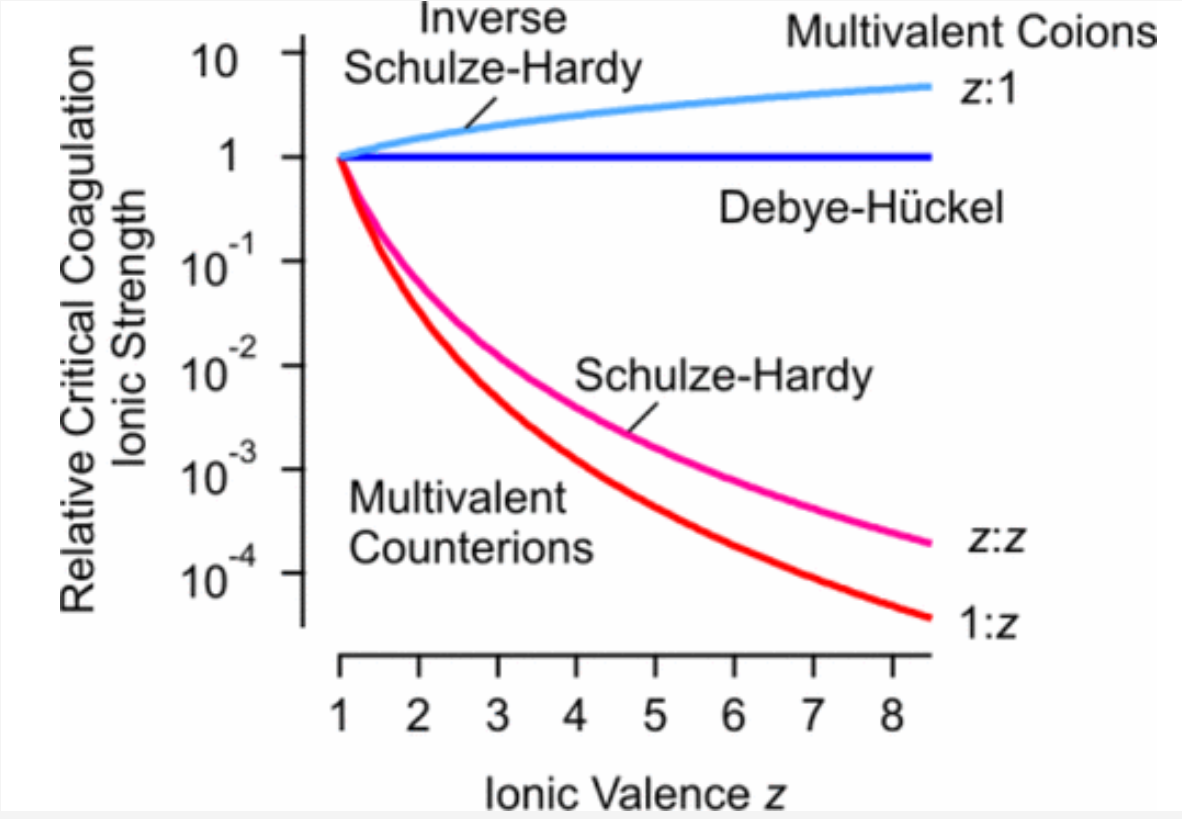 Colloidal Stability in Asymmetric Electrolytes: Modifications of the Schulze-Hardy Rule

The Schulze–Hardy rule suggests a strong dependence of the critical coagulation concentration (CCC) on the ionic valence. This rule is addressed theoretically and confronted with recent experimental results. The commonly presented derivation of this rule assumes symmetric electrolytes and highly charged particles. Both assumptions are incorrect. Symmetric electrolytes containing multivalent ions are hardly soluble, and experiments are normally carried out with the well-soluble salts of asymmetric electrolytes containing monovalent and multivalent ions. In this situation, however, the behavior is completely different whether the multivalent ions represent the counterions or co-ions. When these ions represent the counterions, meaning that the multivalent ions have the opposite sign than the charge of the particle, they adsorb strongly to the particles. Thereby, they progressively reduce the magnitude of the surface charge with increasing valence. In fact, this dependence of the charge density on the counterion valence is mainly responsible for the decrease of the CCC with the valence. In the co-ion case, where the multivalent ions have the same sign as the charge of the particle, the multivalent ions are repelled from the particles, and the surfaces remain highly charged. In this case, the inverse Schulze–Hardy rule normally applies, whereby the CCC varies inversely proportional to the co-ion valence.