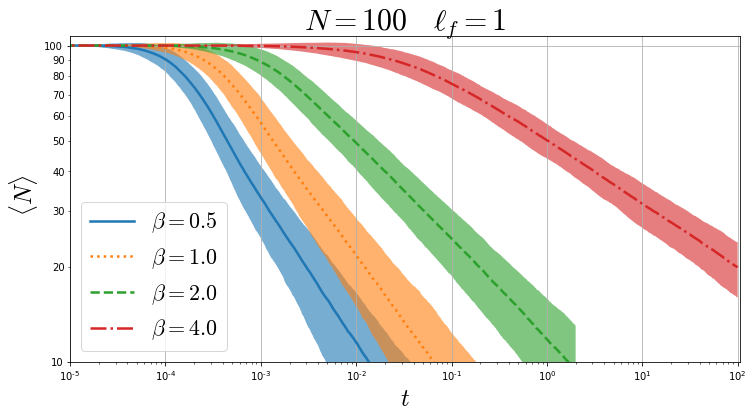 Annihilation of single-species charged particles based on Dyson gas dynamics

We analyze the annihilation of equally-charged particles based on the Brownian motion model built by F. Dyson for N particles with charge q interacting via the log-Coulomb potential on the unitary circle at a reduced inverse temperature β, defined as β=q2/(kBT). We derive an analytical approach in order to describe the large-t asymptotic behaviour for the number density decay, which can be described as a power law, i.e., n∼t−ν. For a sufficiently large β, the power law exponent ν behaves as (β+1)−1, which was corroborated through several computational simulations. For small β, in the diffusive regime, we recover the exponent of 1/2 as predicted by single-species uncharged annihilation.